Whether you are a music supervisor, director, Film/TV show creator, or advertising agency, we have literally thousands of songs in various genres that will fit your project perfectly. Contact us for songs, quotes, and licensing, and our “one-stop licensing” catalog, where all clearances are made by us.

Bluewater has published thousands of songs since it began in 1985, check out our writers and awards. 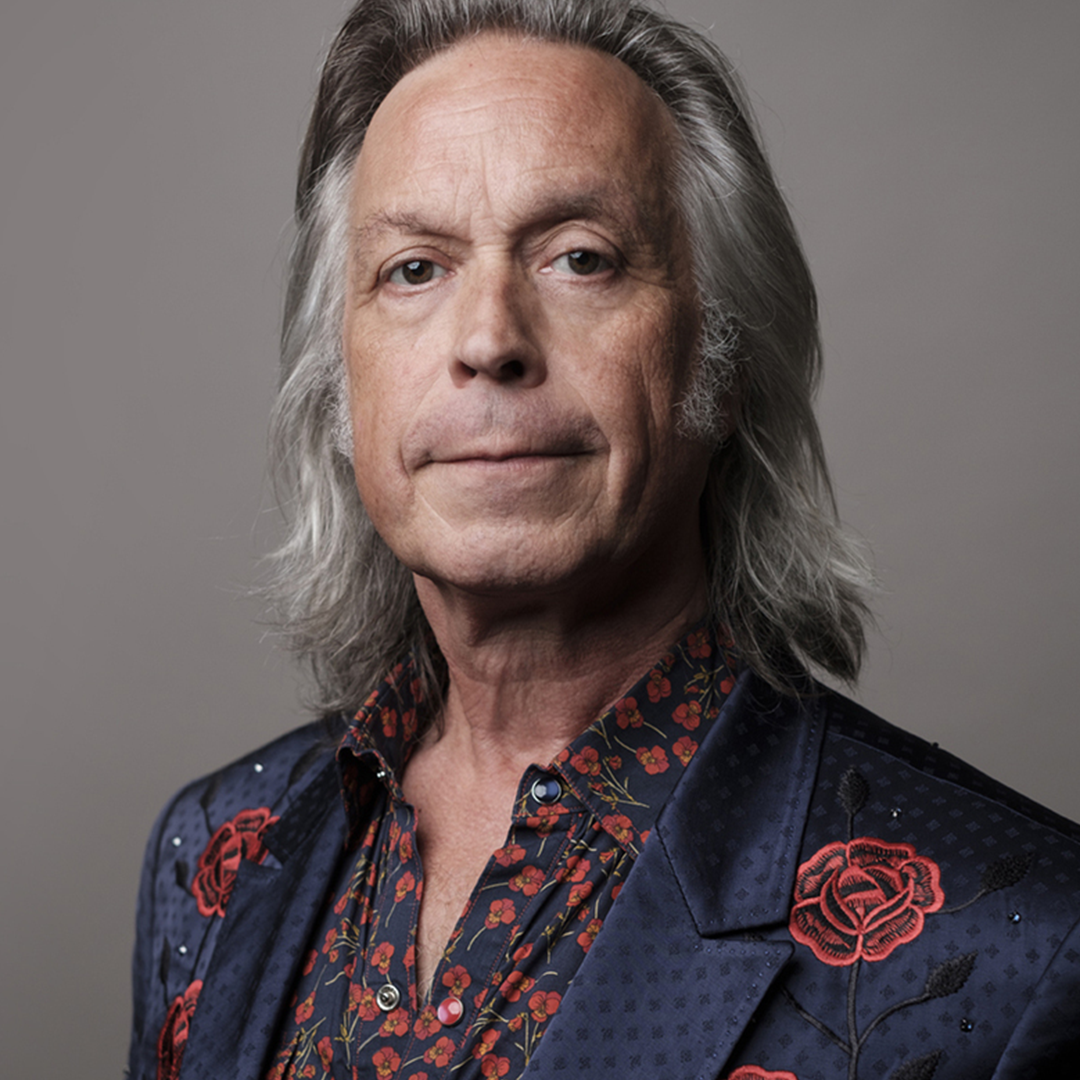 Jim Lauderdale wrote for Bluewater Music for over a decade and he is highly regarded for his gift of creating unique melodies paired with magical lyrics. Jim unites the roots of rock, rhythm & blues, bluegrass and country into his own unique vision of music. He believes that to write great songs he must be true to his roots. 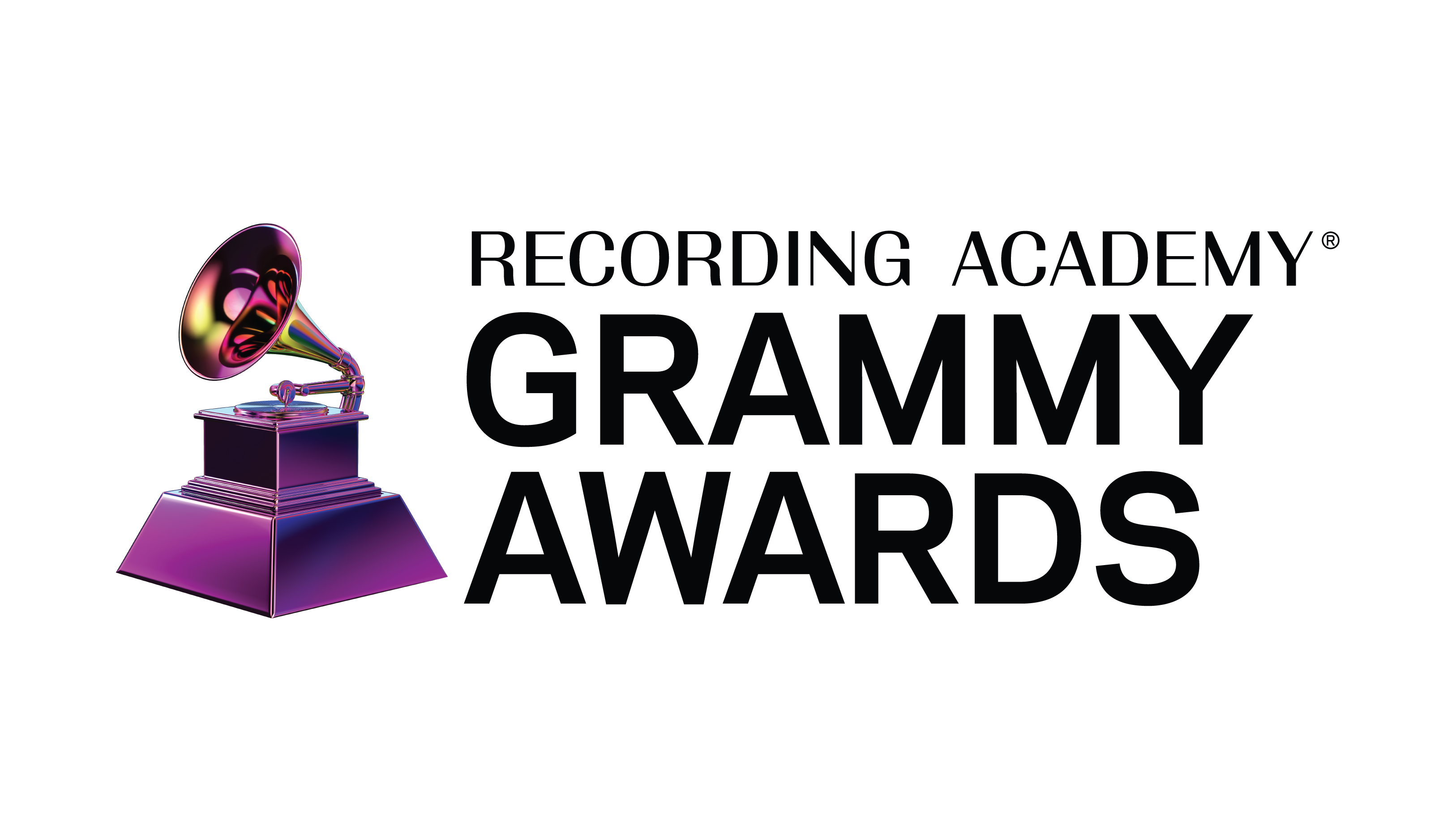 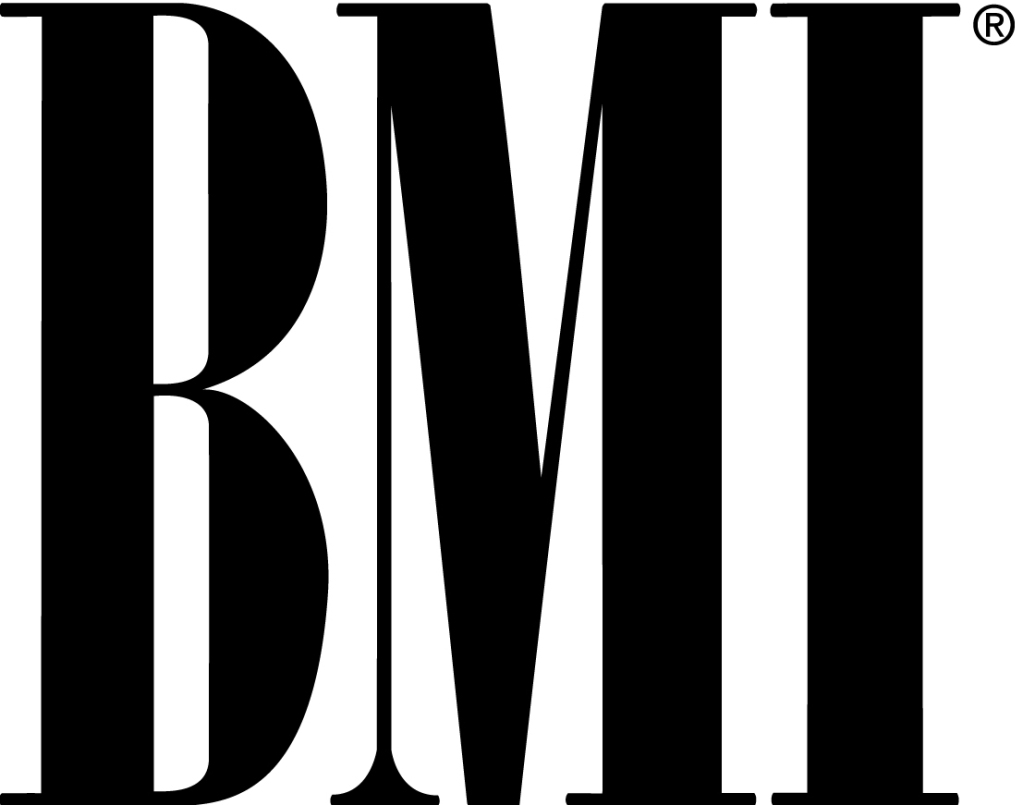 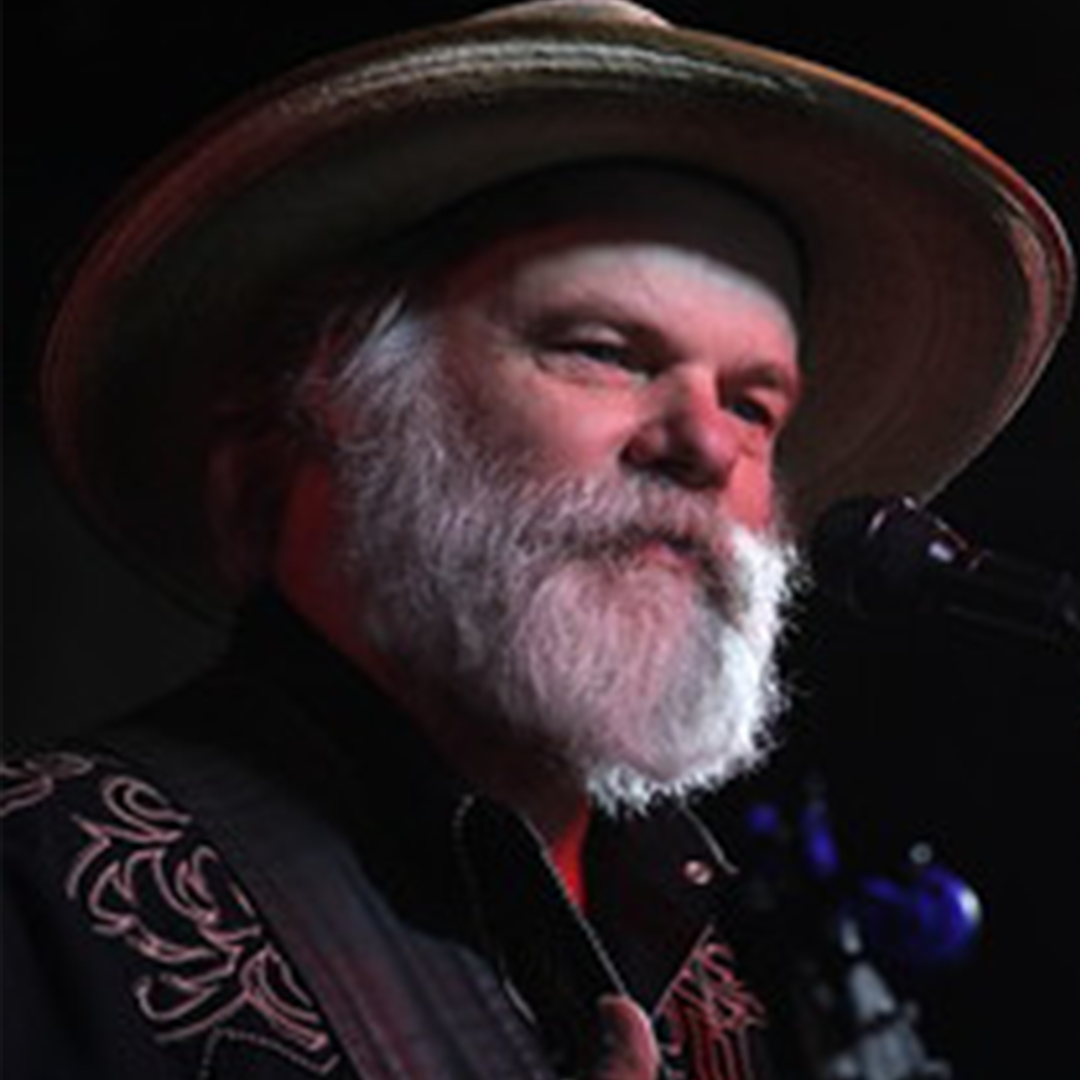 A Bluewater friend and writer for over a decade, Fred Eaglesmith is an award-winning and acclaimed music auteur of the highest order.

The New Yorker magazine said it best: “If you’re missing Fred Eaglesmith, you’re really missing out.” A Bluewater friend and writer for over a decade, Fred Eaglesmith is an award-winning and acclaimed music auteur of the highest order. He has forged a singular and distinctive legacy with his songs, recordings, live performances, and achievements. His impact is unlike that of anyone else in contemporary music, not to mention that Eaglesmith manages to do so as a fiercely independent and original artist. Through the sheer power of the music he creates, Fred Eaglesmith’s listeners will find unvarnished and sincere. 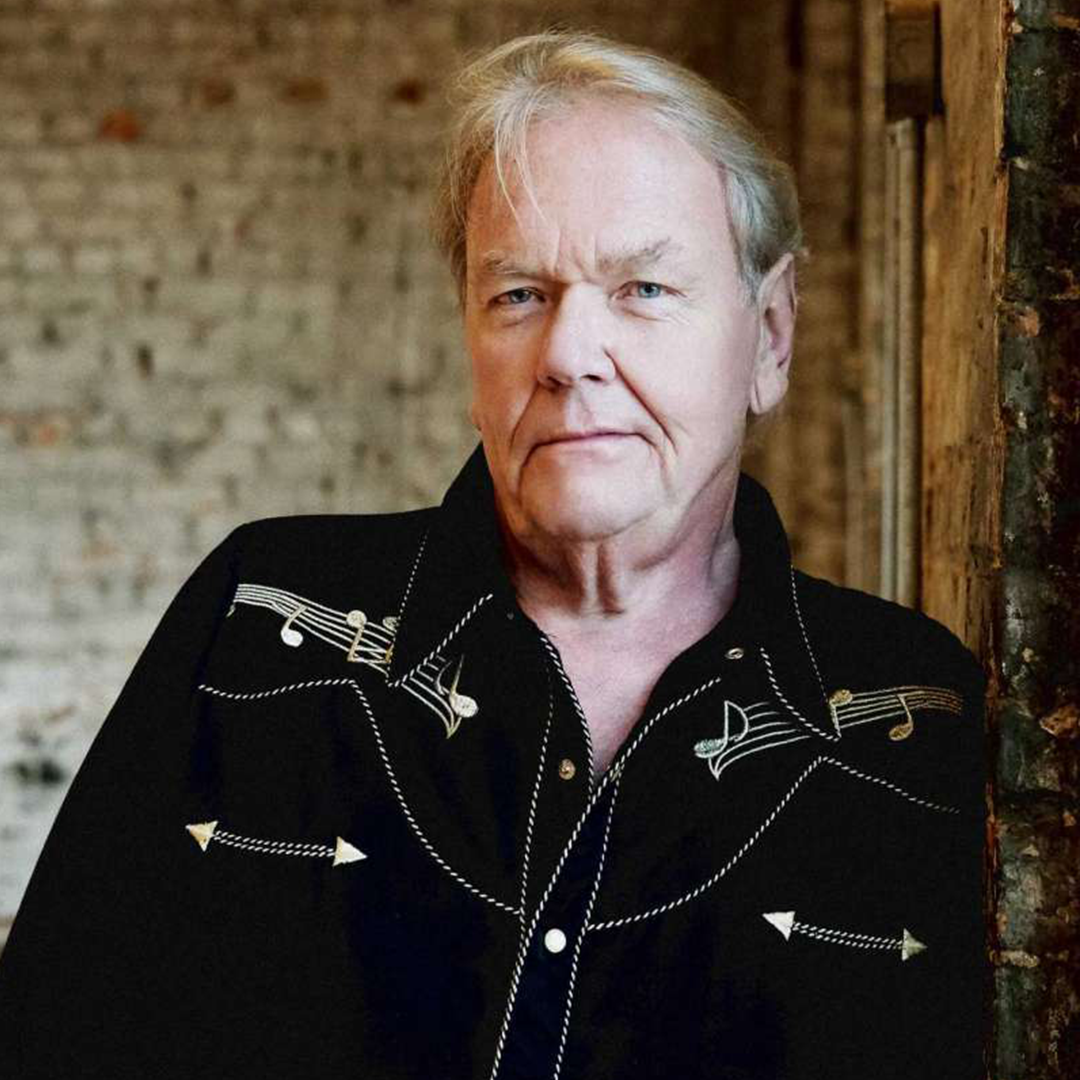 Al Anderson, a former member of NRBQ, is one of the most prolific songwriters with whom Bluewater Music has worked. Signed with the company for eight years, Al created such upbeat country hits that artists have consistently recorded his songs. Al’s work is defined by simplicity; he has followed in the tradition of classic rocker but successfully individualized his music with innovative arrangements. 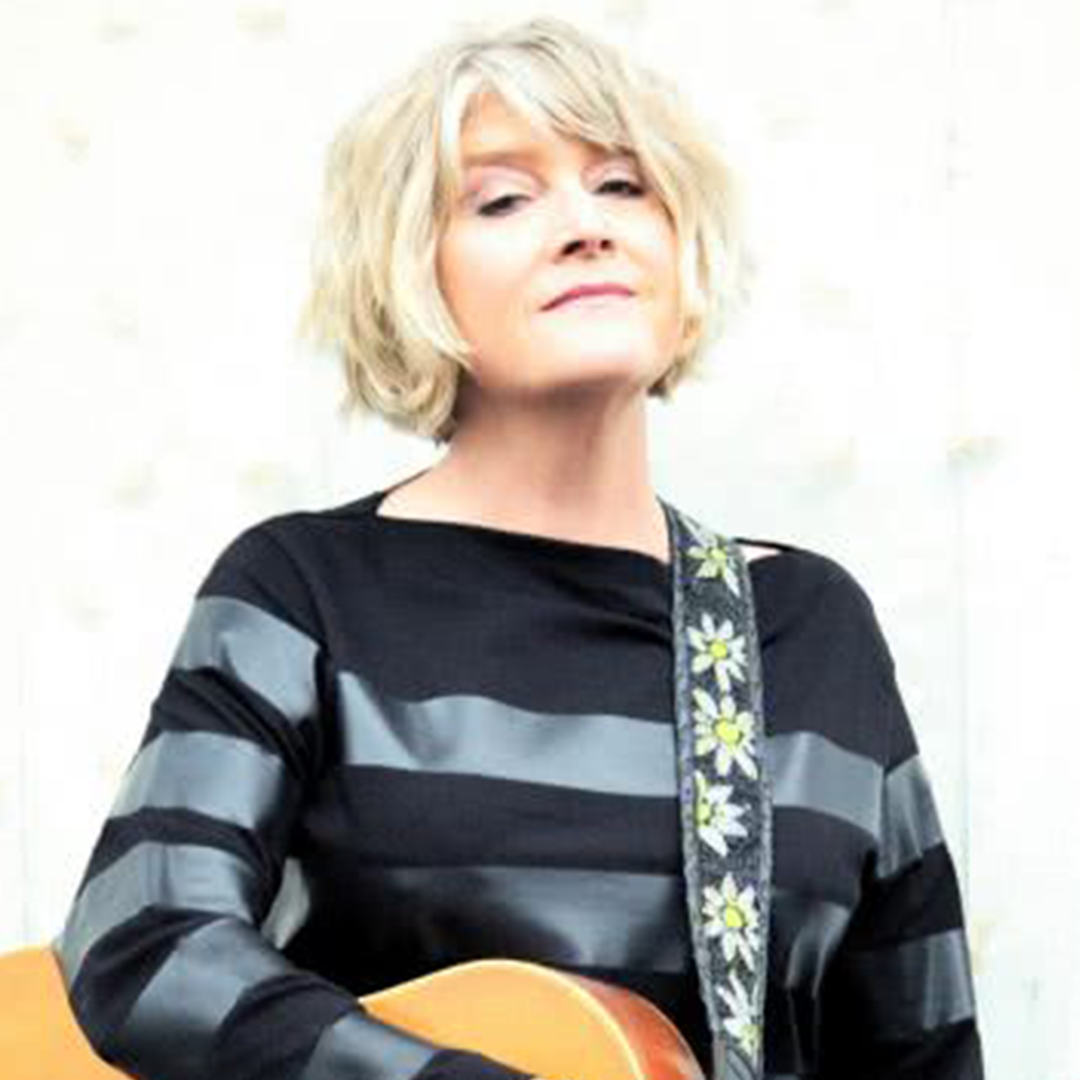 A singer with a sweet, clear sound, Kim’s voice is so distinctive that her songs are instantly recognizable.

Kim Richey was a member of the Bluewater staff for 10 years beginning in 1991. A singer with a sweet, clear sound, Kim’s voice is so distinctive that her songs are instantly recognizable. As a songwriter, Kim’s compelling ability to resonate with any emotion gives her music dynamic appeal. 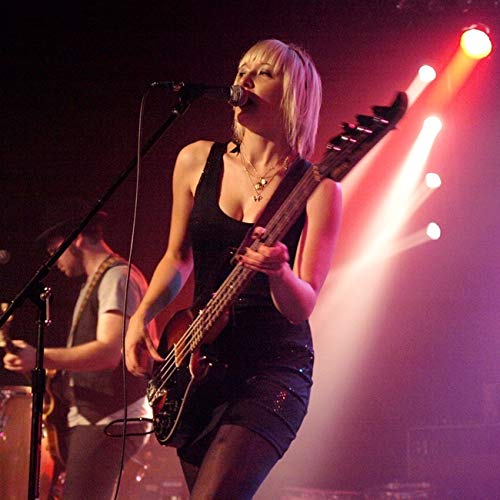 Sharon Koltick, lead singer, bass and trumpet player for Kink Ador, she is also the writer behind the soul moving lyrics.

The singer-bassist-trumpet-blowing empress spent her youth raging along the Indiana highways in a slick Camero with T-tops. She cruised those highways with no turns, listening at full volume to the folk music of her Midwestern tribe, classic rock and roll. Sharon was raised by two emotional and sensitive scientists who had an obsession with the music of Bob Dylan.  This life led to the spiritual awakening of the rocker babe within. The urges inside her heart had to be felt out loud.

Influenced by bands such as The Talking Heads, Queens of the Stone Age, The Police, Lou Reed, PJ Harvey, The Clash, David Bowie, The Dead Weather, Elvis Costello, and Nick Cave, Kink Ador’s music delivers with a driving, straight-ahead clarity hard to find in a post-pop wasteland. Koltick brings a sense of purpose and controlled fury to the fore. Her voice conjures the hiding spirit, both power-packed and expressive.

The band is based out of Nashville, TN and has shared the stage with bands such as Wye Oak, Mona, Chancellor Warhol, Empires, Clinic, and performed at US Festivals CMJ, Summerfest, Oranje, Snowball, and in Canada at CMW and Indie Music Week. In Rome, Italy Sharon has collaborated with Italian composer Andrea Farri and their music has appeared in Italian films and theater productions. 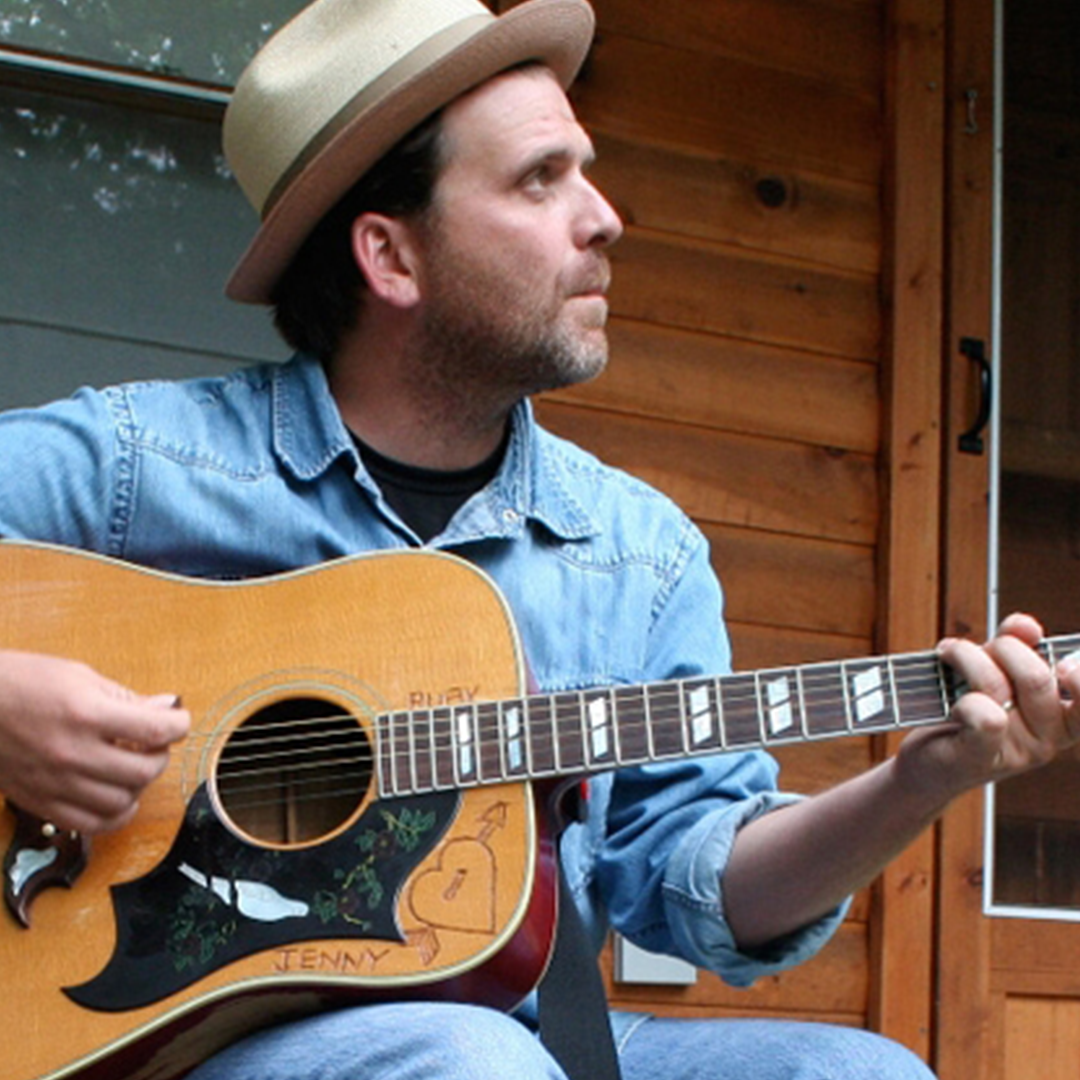 Mike Plume, lead singer for the Canadian act, The Mike Plume Band, has had a myriad of musical influences from Neil Young and Leonard Cohen to Lyle Lovett and Nanci Griffith. Mike’s work has a powerful intensity that gives his music edge and driving rhythms. His music combines infectious melodies with thought-provoking and emotionally stirring lyrics. 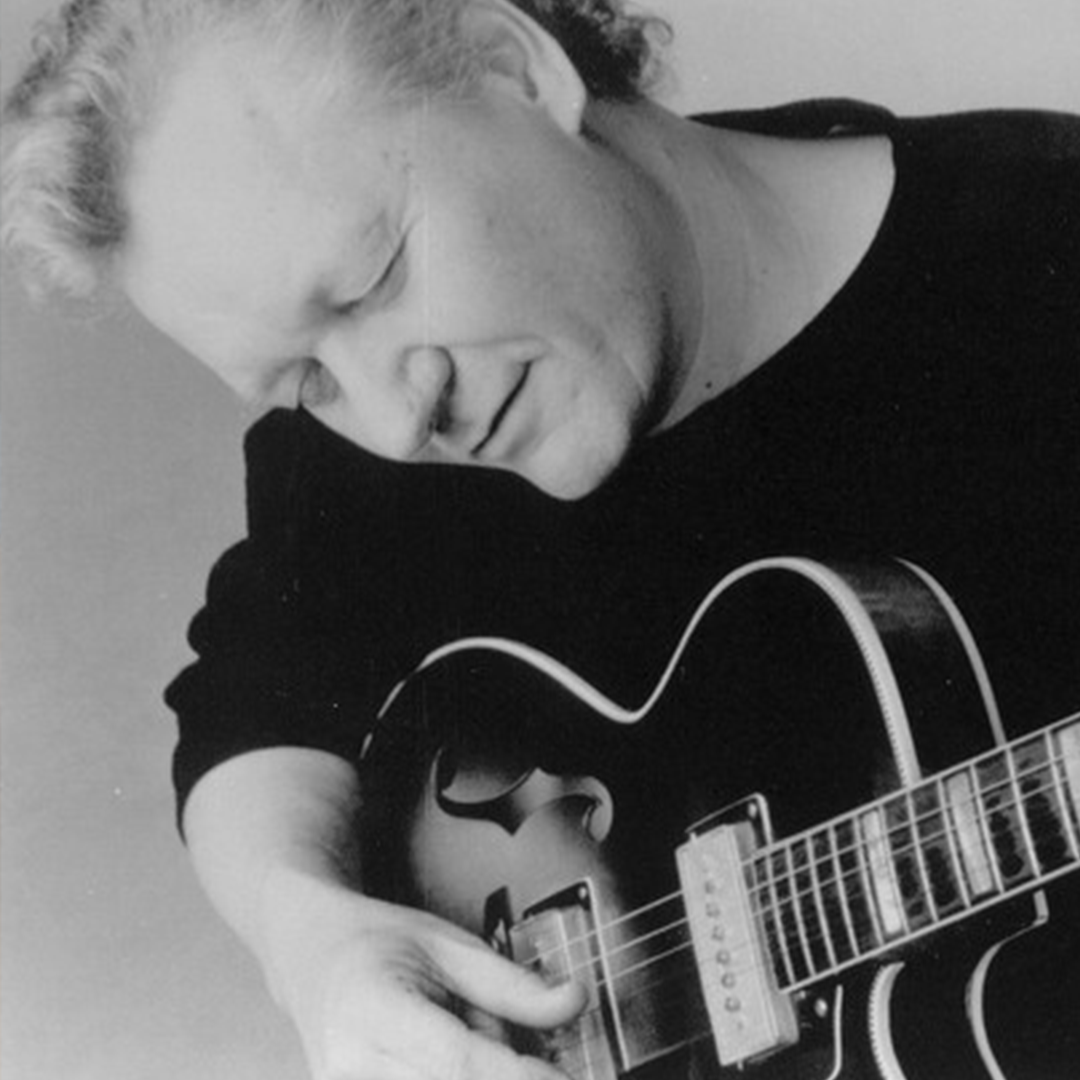 Tim Krekel was an exclusive writer for Bluewater Music from 1993 to 2006. He played on a number of other artists’ recording projects including those of Kim Richey and Delbert McClinton, as well as touring with Jimmy Buffett for several years.

As a songwriter, Tim had a gift for instrumentation, and his Kentucky roots provided inspiration for his songs. Tim passed away on June 24, 2009 and he will be dearly missed. Prior to his passing, Tim performed and recorded with his bands, The Groovebillys and the Tim Krekel Orchestra. 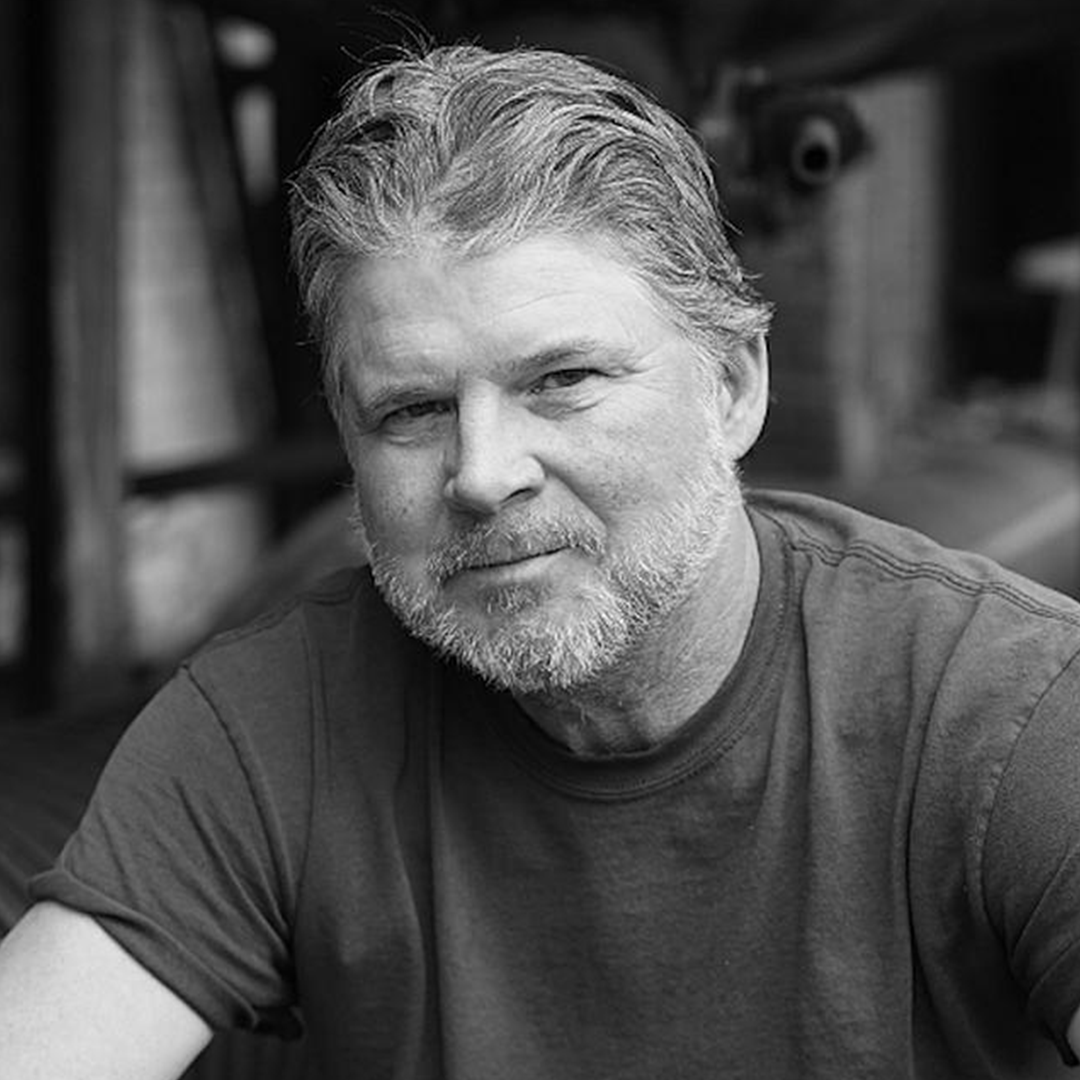 Chris Knight was discovered by Bluewater Music at the Bluebird Cafe’s Open Mic Night in 1994. Over the next five years, Chris created songs characterized by back-roads roughness and openhearted honesty, demonstrating rare edge and integrity.

As a Decca Recording artist, Chris wrote or co-wrote all the songs on his self-titled album. 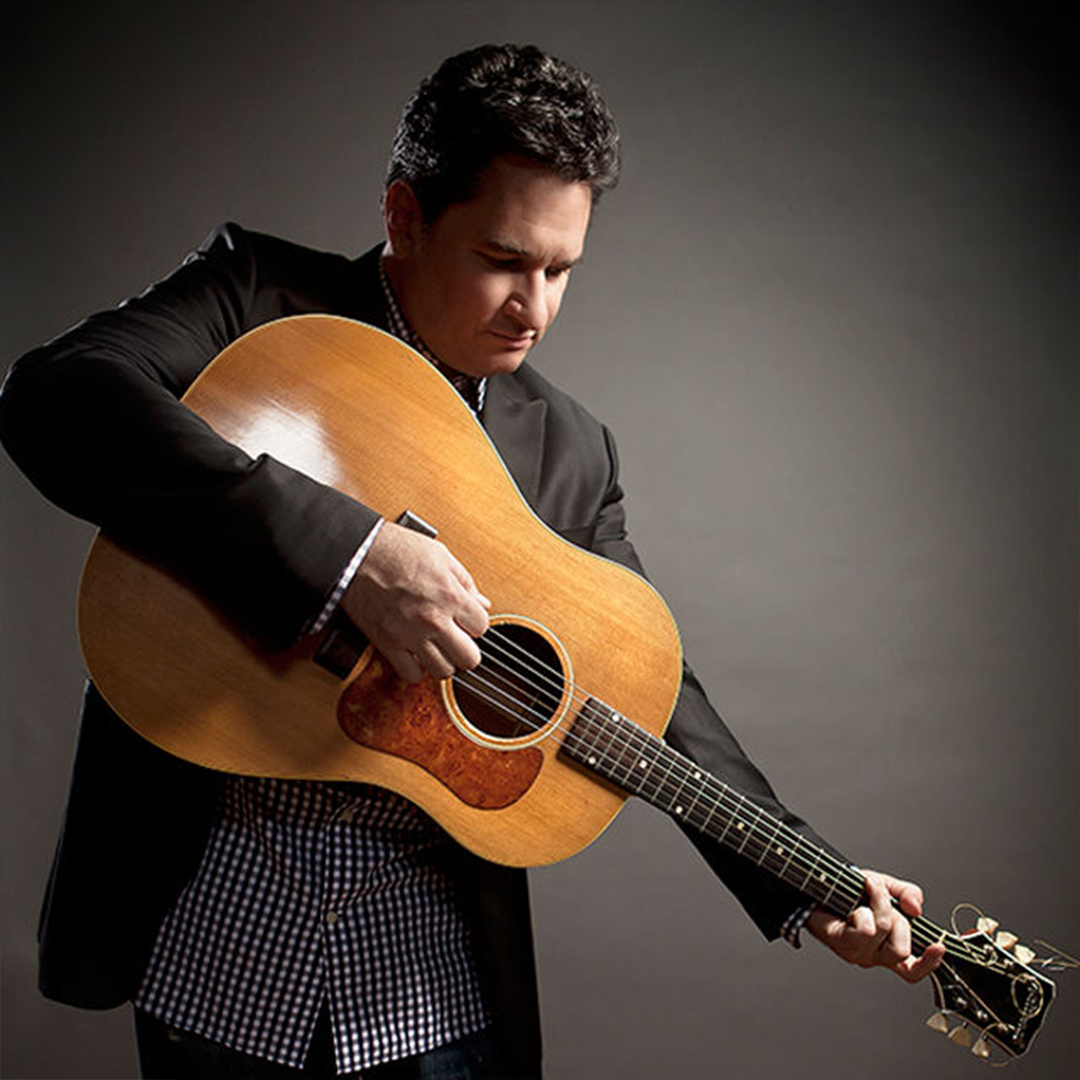 Dean Miller, singed to Bluewater Music in 1995 for three years, wrote classic country tunes with real emotion. No stranger to country music, Dean made his mark with his self-titled debut album, setting in motion a new kind of country. Dean’s songs reach for the feeling beyond the words, examining the complexities of love and life. 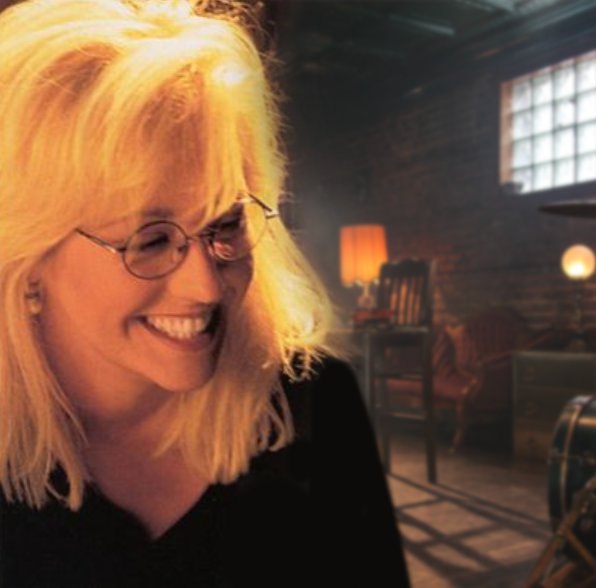 Sandy Knox, a Bluewater Music writer for more than eight years, is a firm believer in writing what she knows, and as a result, her songs are powerful and poignant. Her songs also represent a confidence and assertiveness that gives her a strong connection to her audience.

The music industry often attempts to categorize songwriters, and Sandy has tried to be neither a “woman writer” nor a “country writer”, but simply a writer who is true to herself and to life’s experiences. 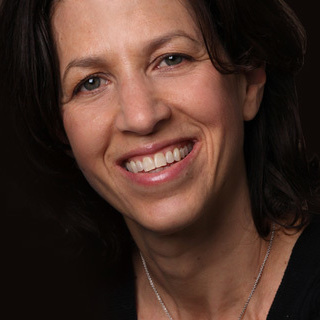 Jenny Orenstien Plume wrote for Bluewater for several years beginning in May of 2000. A lifelong singer, songwriter and performer, Jenny has a strong clear voice and her music reflects a spirit of originality. Since her departure Jenny has gone on to become a music therapist at Vanderbilt Children’s Hospital and used her talents to help children and their families. 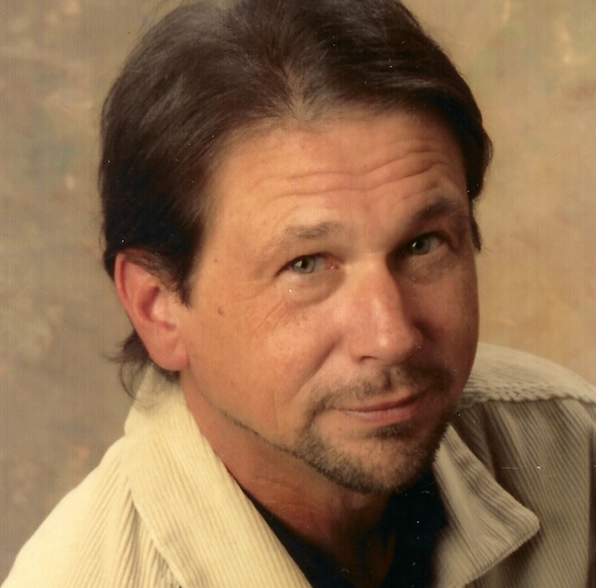 Although veteran Nashville songwriter Charley Stefl has written some somber (“The Fool”) country hits, he has an affinity for rootsy, Americana-inflected sounds as well.

David Lynn Jones, the first writer signed to Bluewater Music, wrote for the company for over 13 years. His style is country, rough and ready, and his songs are characterized by vivid imagery and emotional authenticity.

We use cookies on our website to give you the most relevant experience by remembering your preferences and repeat visits. By clicking “Accept All”, you consent to the use of ALL the cookies. However, you may visit "Cookie Settings" to provide a controlled consent.
Cookie SettingsAccept All
Manage consent

This website uses cookies to improve your experience while you navigate through the website. Out of these, the cookies that are categorized as necessary are stored on your browser as they are essential for the working of basic functionalities of the website. We also use third-party cookies that help us analyze and understand how you use this website. These cookies will be stored in your browser only with your consent. You also have the option to opt-out of these cookies. But opting out of some of these cookies may affect your browsing experience.
Necessary Always Enabled
Necessary cookies are absolutely essential for the website to function properly. These cookies ensure basic functionalities and security features of the website, anonymously.
Functional
Functional cookies help to perform certain functionalities like sharing the content of the website on social media platforms, collect feedbacks, and other third-party features.
Performance
Performance cookies are used to understand and analyze the key performance indexes of the website which helps in delivering a better user experience for the visitors.
Analytics
Analytical cookies are used to understand how visitors interact with the website. These cookies help provide information on metrics the number of visitors, bounce rate, traffic source, etc.
Advertisement
Advertisement cookies are used to provide visitors with relevant ads and marketing campaigns. These cookies track visitors across websites and collect information to provide customized ads.
Others
Other uncategorized cookies are those that are being analyzed and have not been classified into a category as yet.
SAVE & ACCEPT